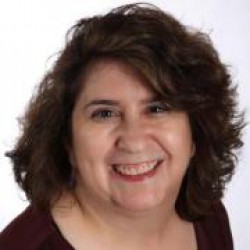 I first read the Tales of the City series back around 1990-91; I took all six books in fairly close succession, and I absolutely loved them. For most of the 1990's, I would re-read them all every year or two; they're all pretty fast reads, and it was like a reunion with old friends every time.

Maupin's original six books center on the occupants of a San Francisco apartment house located at 28 Barbary Lane, and follow them and the people they're connected to through ten years, various relationships, career changes, relocations, successes, failures, and health crises. The stories were first created as a serial for the San Francisco Chronicle in the mid-1970's, and the Tales books always had a sense of that beginning; chapters would rotate among the featured characters, and there were certainly some wacky plot elements (a cannibal cult in Grace Cathedral? the possibly faked death of Jim Jones?), but the characters were always deeply human and very real, and the writing was sharp and funny. The books were also my first real exposure to gay culture, and have long influenced my understanding and sympathies toward it.

There was every reason to assume that Sure of You (1990) was the last appearance for the Barbary Lane folks; Mary Ann had left Brian for the sake of her career, and Michael's AIDS was a certain death sentence - it was just a question of time. Well, as it turns out, it's been quite a long time - almost twenty years, and due to verious medical advances, Michael Tollliver still lives. He's got a nice - and much younger - husband, too.

This time around, the story is nearly all Michael's, and for the first time, Maupin uses first-person narration. And I don't even remember any previous mention of Michael's brother back in Florida, but his biological family is a big part of the story this time. While nearly all the old favorites make appearances, or are at least discussed at some point, the shift in focus makes this book feel different. However, Michael's voice is similar enough to his creator's that the story very quickly felt familiar, in the best possible way. Maupin's writing is a bit more graphic than it was in the earlier books, and more particularly gay in the details, but since he's emphasizing Michael this time (and it's 18 years later), it's all fitting - and it's still just as full of humor and humanity.

I think I would have liked the book more if it had been a bit more balanced and told from more than one perspective - that is, more like the original Tales - but I still enjoyed it.
Tweet